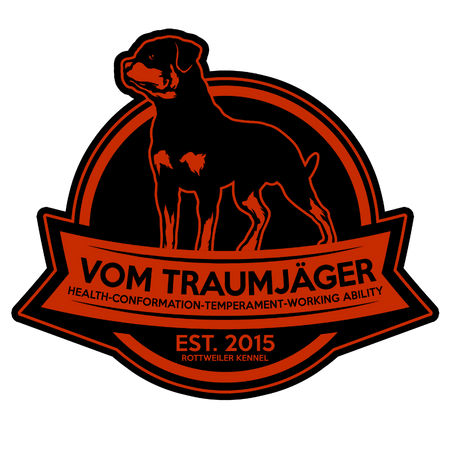 Below are answers to our most commonly asked questions. Don’t see the answer you’re looking for? Send us a question via our contact form by clicking here.

Answers to our most commonly asked questions:
Are your puppies AKC registered?

Yes, all puppies & adult dogs come with AKC registration. We do not send you home with an “application” as many breeders do. Instead, we register each pup for you as a complementary service. This saves you both time and money. You will receive an email from AKC on your selection date stating that the puppy has been transferred to your ownership. Official papers typically come in the mail within 1-2 weeks.

This is one of the most common questions we get as Rottweiler breeders. These questions stem from a common misconception that American and German Rottweilers are fundamentally different breeds. So, we always clarify that, technically as per official breed standards, there is only one kind of Rottweiler: a correct one.

“American Rottweiler” refers to the origin or Country in which the puppy was born. The fact is that German breeders (in Germany) do adhere to much stricter breeding guidelines than seen in the United States. Actually, they are unable to register a litter if both parents have not met certain strict criteria before breeding.

The major difference is found in the ZTP which is a Breed Suitability Test that all breeding stock must pass before breeding in Germany. There are two parts to the breed test. The first part compares the dog to the FCI Breed Standard from the tip of his nose to the tip of his tail, with emphasis on full dentition and a scissors bite. The second part is a character (temperament) test. The dog is tested for indifference to gunshots and for composure while moving within a group of people.

In the United States the rules for breeders are much less strict. And it is more common to see incorrect Rottweilers that usually stem from puppy mills and backyard breeders.

In short, all Rottweilers are German Rottweilers. Some are correct and some are incorrect. That is why it is important that you work with an ethical and experienced breeder that breeds with purpose. It is important to purchase from a breeder who is involved in the breed showing and competing their dogs in Schutzhund. Here at Top Notch K9’s, we pride ourselves on preserving the full confirmation and temperament of the German Rottweiler. We work closely with breeders in Germany to import amazing dogs into our program to maintain the quality of our stock and the working ability of our dogs.

What do you feed your dogs?

Research has proven that 75% of animal diseases and improper bone growth can be attributed to dietary deficiencies; a good diet must provide a correct balance of protein, calcium, fats, vitamins, trace minerals and carbs.

The main kibble that we feed in our kennel is Sport Dog Food which can be purchased online at SportDogFood.com. SDF is a family owned and operated business created on a family farm located along the eastern shores of Long Island, New York. There are so many good things to say about this food. SDF is a grain-inclusive dry dog food using a significant amount of named meat meals as its dominant source of animal protein, thus earning the brand 5 stars. Enthusiastically recommended by dogfoodadvisor.com.

What type of health testing do you do?

As long time members of the United States Rottweiler Club (USRC), we adhere to their breeding requirements. Therefore, all breeding stock will at minimum have been tested by a licensed veterinarian for Hip Dysplasia, Elbow Dysplasia, Cardiac abnormalities and Juvenile Laryngeal Paralysis & Polyneuropathy, also known as JLPP. In addition, dogs owned by Top Notch K9’s will also have a dentition exam done to certify that they have all their teeth and are suitable for breeding.

Do your puppies come with their shots & microchips?

Our puppies are dewormed every two weeks. In addition, we administer their first set of shots (DA2PPv) at 6 weeks old. Their next booster will need to be done at 9 weeks old.

Our puppies go to our vet at 7 weeks of age for a full examination. We will microchip your puppy (if you desire); however, be aware that it is common for microchips to migrate causing other issues later in life. We prefer to have our families microchip their puppy when the puppy is older and the immune system is more mature.

What do puppies come with when we first take them home?

Our puppies come with a licensed vet exam record, their first shots, training information, kibble and a goody bag.

Do you have any health guarantees?

Yes, every puppy that leaves our kennel has a 72 hour 100% money back guarantee against parvovirus. In addition, each puppy comes with a 2 year health guarantee against hereditary diseases such as Hip Dysplasia, Elbow Dysplasia and Heart Murmur.

How much do your puppies cost?

Breeding Rottweilers can be a very expensive venture when done correctly. Our price is based on the love and work that we put into our dogs as well as the quality of our bloodline. On average, puppy prices range from $2,500 – $3,500, regardless of gender. In general, in house-breeding’s may be less expensive than outside breeding’s in which we have to travel or ship semen to perform an artificial insemination. Your exact price will be listed on our Upcoming Litter Announcements.

How do we reserve a puppy from a current/future litter?

Once you have completed our Questionnaire, we will contact you to complete the pre-screening process. Once approved you will be directed back to our secure site to submit your $500 deposit and hold your place in line. The deposit will go toward your total balance.

We have one running waitlist for our upcoming litters. Top Notch K9’s reserves the right to first pick in each litter to ensure that we continue to build on our bloodlines. When a litter is born we contact each person on the waitlist (in order of deposits received). If first pick is available it may be sold at a premium price. Breeding’s are typically announced 6-12 months prior to the coupling. Please sign up for our Newsletter to stay informed on upcoming breeding’s. In the event a litter is whelped and your desired sex is not available when we get to your place in line, you are free to remain of the waitlist. In this case you will not lose your place in line. Likewise, if you have to back out of the purchase for any reason, you can remaining on the waitlist and move your deposit to the next available litter.

Can I visit the puppies?

Yes! Our puppies are all raised in our home located in Fresno, California. Just a short drive from downtown, west-bound on HWY 180. If you’ve placed a deposit on one of our puppies, you’re welcome to come visit during our regular Saturday visiting hours as posted on our Facebook Page. For our puppies’ and children’s safety, we cannot allow those who do NOT have a deposit to visit but you are welcome to come out to our weekly club training to meet and discuss our breeding program.

How and when do I pick my puppy?

You choose your puppy on the family selection date, which is the Saturday after the puppies are 7 weeks old. We set the selection date as soon as the puppies are born. This allows families to choose a puppy based on temperament, size and structure. Families choose their puppy in the order of when we received their deposit. Video appointments are also available. Remaining balance is due at pick up.

Do you ship your puppies?

Yes! We have easy shipping options which include cargo flights through various airlines. We can send your puppy to the nearest major airport. If you choose to, you can also hire a third party ground transportation driver to deliver your puppy directly to your door. All payments must be made 1 week prior to shipments. The cost of shipping inside the United States is $400.

What if I can no longer care for my dog?

Top Notch K9’s stands by you during tough times. If you are ever unable or unwilling to keep the dog for any reason, please notify Top Notch K9’s, and the dog should be returned to the breeder. If the dog is re-homed then you must send written notice of the new owner’s name, address, phone, and vet information. The dog should NEVER be given to any SPCA, shelter, dog pound, or animal shelter of any kind.

Do you have adult dogs available?

Yes, on occasion we do have adult dogs available for Pet Homes and sometimes Breeding Kennels. Unfortunately, space is limited and we cannot always keep every dog used in our program. In such cases, we look to re-home those dogs to amazing families. If you are interested in an adult please contact us to get on our waitlist for any upcoming adult dogs. Re-homing fees can range from $1,500 to $10,000 depending on a number of variables.

Do you dock your dogs' tails?

As of June 1, 1998, a federal law was passed in Germany prohibiting the docking of Rottweiler tails. The basis for the law was the fact that the practice of docking and cropping was deemed to be inhumane.

In order to comply with the new federal law requiring tails to be left in their natural state, the ADRK (national German breeding club) revised their breed standard for the Rottweiler to reflect the required natural tail.

As more and more countries are adopting the anti-docking platform for Rottweilers in order to comply with the revised ADRK/FCI Standard, tails are becoming more commonplace. The AKC is not a part of the FCI.

We no longer dock our puppies’ tails. We found it to be quite painful for young puppies. After owning tailed Rotties, we also learned how valuable their tails were for running, jumping, balancing, and swimming. Which is very important for the sporting dogs we produce.

Are there any items you recommend we get prior to our puppy coming home?

Yes, for your convenience I have added links below to some products that will get you started with your new pup. 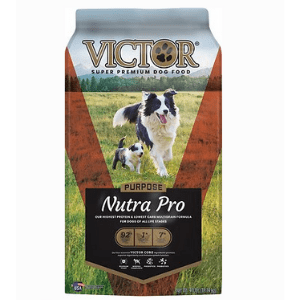 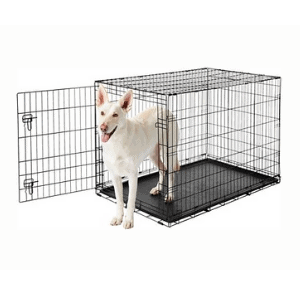 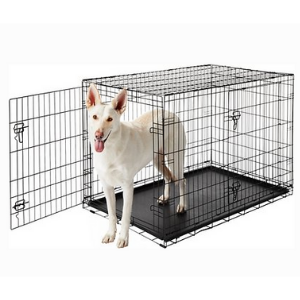 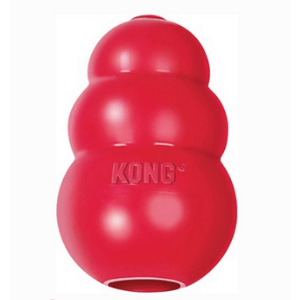 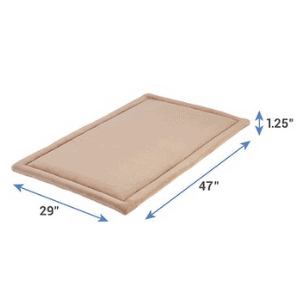 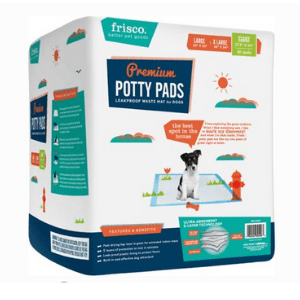 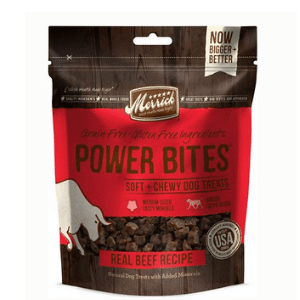 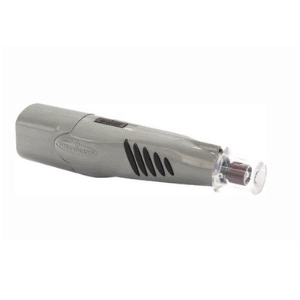 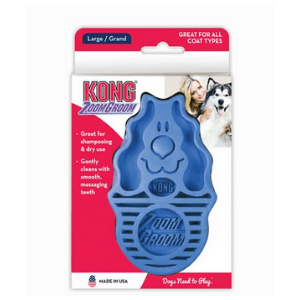 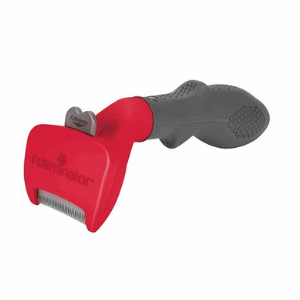 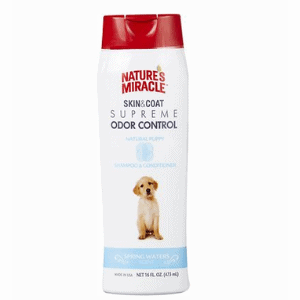 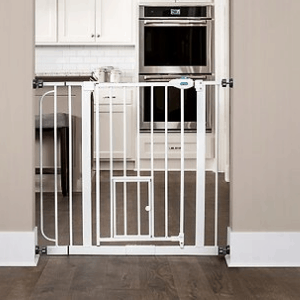 This page does contain affiliate links for my favorite products, so if you choose to purchase through these links I may make a small commission at no extra cost to you. 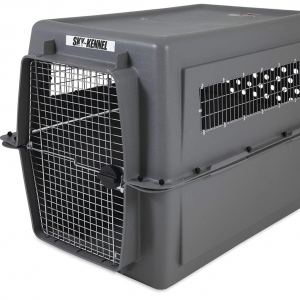 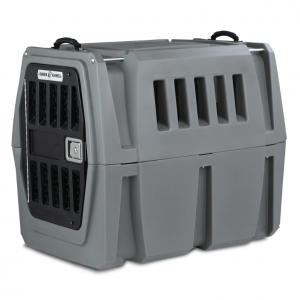 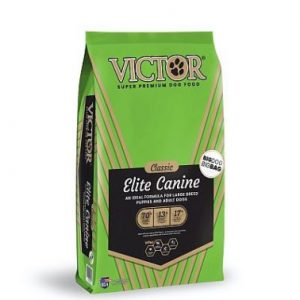 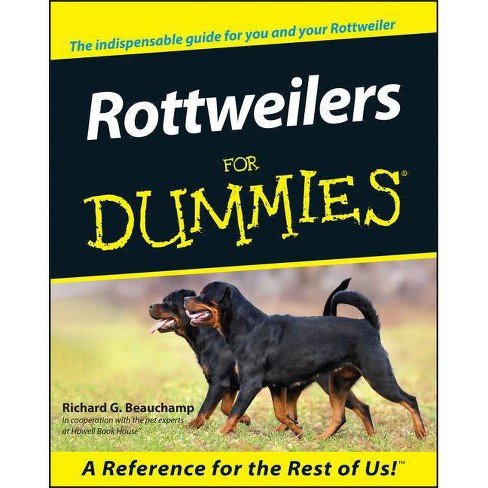 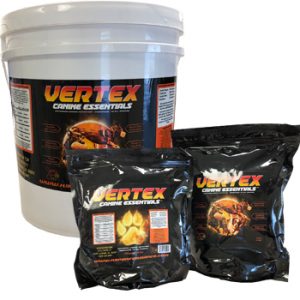 "I bought a dog from Jeremy in December and the dog flew from California to Texas. I cannot believe how easy it was to go to the airport and pick up the dog. I was in and out of the airport in 10 minutes. Communication was good throughout this entire process. Would highly recommend him to anyone!"

As honest as they come

"I’ve known Jeremy for about 3 years now and he and his family are animal lovers. If you need any pet care services , training, boarding or a puppy don’t hesitate to contact him. He’s as honest as they come I highly recommend his services."

the best dog i ever had

"I just want to start by saying thank you Jeremy for blessing me with the best dog I ever had. She's smart and super good with kids. If you're looking for a real Rottweiler, Jeremy's your guy. He has a knowledge of and a passion for the breed. Anytime I have questions I call him up and he's there to answer any questions I have."

Ready To Meet your Forever Friend?

Fill out the form below and we will be in touch with you soon. 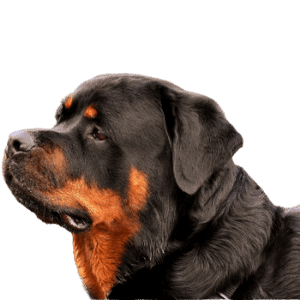 Fill out the form below and we will be in touch with you soon.

Be the first to learn about: